Use of IOT 4Factory

For the previous year, DSR company has been working on the project which resulted in the creation and implementation of a monitoring and supervision tool enabling the optimization of manufacturing processes in the industrial sector and which has been permanently included in DSR 4FACTORY product range.

Comparative analysis was performed for the efficiency of activity of 11 machines in 2 companies. 6 manufacturing units were tested in one of the companies.

Both companies quoted the willingness to improve the cycle of production as well as the possibility to examine and analyze basic manufacturing factors as main reason for taking part in the tests.

The aspects analyzed included the availability, cost-consumption of work as well as machine failure rate and the analysis was performed for two equal periods.

Within the first period the companies were conducting their manufacturing activities without the use of the IOT 4FACTORY tool. After this period, they obtained the access to a prototype under the form of visualization of the work of machines, results of identification of factors influencing manufacturing efficiency as well as the value of ratios.

During the second test period the companies used prototype IOT 4FACTORY tool. Basing on analysis results obtained, modifications were introduced in order to improve the efficiency of using the machines through the reduction of micro-shutdowns.

After conducting the analysis it was observed that the accessibility of machines increased significantly among each machine type. Such trend was noticeable in both cases. It was also shown that thanks to applying the IOT 4FACTORY tool, machine failure rate decreased significantly.

In the first enterprise, in total for 6 machines analyzed, average increase in accessibility amounted to 2.18%. Such result translates on average into 31 additional minutes of the machine being in operation during one day. Similar results were observed in the second manufacturing facility.

Such result gives annually 182 hours of additional operational time for each machine. Assuming that in a given enterprise, annual revenues amounting to $ 50 million are generated by the work of 50 machines, increasing their accessibility at the specified level will translate into over $ 1 million of additional revenue per year.

BIGGEST ADVANTAGES FOR MANUFACTURING FACILITIES IN CONNECTION WITH THE PROJECT

When the tests came to their end, the assessment of IOT 4FACTORY tool usefulness was performed by the representatives of both companies. The biggest advantages were: increased efficiency, easier identification of bottlenecks, better planning of manufacturing tasks and future investments as well as increased staff awareness.

It should be emphasized that the representatives of both enterprises stated that the tool provides reliable information connected with the analysis of factors having key influence on manufacturing efficiency and, what is more, this information can be used in practice in order to improve the efficiency.

After performing the tests, the tool was prepared for implementation and commercialized under the name IOT 4FACTORY, currently forming part of the offer of the DSR company, as one of the components of advanced DSR 4FACTORY solution. 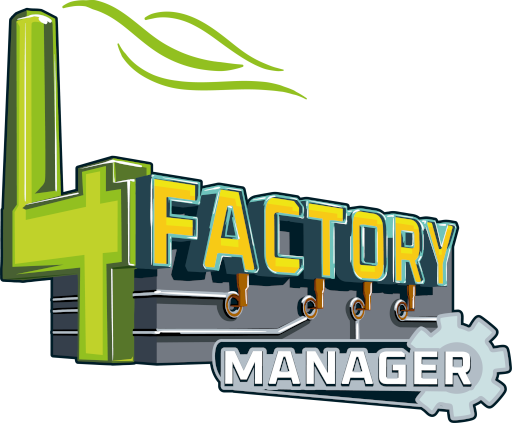 An innovative game that simulates the management of real production processes.

SFC 4FACTORY is a simple way to monitor and analyze production.

The EAM 4FACTORY system is a type of software used to manage company assets dedicated to the Traffic Maintenance Department.

MPS 4FACTORY is a type of software that supports manufacturing companies in creating a production plan as a dynamic and digital production schedule with the generation of production orders.

The CFG 4FACTORY configurator is an application that enables quick and correct execution of an individual order based on product variants available in a given model.

Ask for a solution for you